Parisian elopement with Sofia + Bernd who married at the chapel Expiatoire in the 8th arrondissement of Paris!

The chapel was designed in 1816 by the French Neo-Classical architect Pierre François Léonard Fontaine and was originally a monument dedicated to Louis XVI and his wife, Marie Antoinette. The Chapelle expiatoire stands on a slight rise overlooking a peaceful rose allee leading to its grand entrance. The building is part of French national monuments and can be rented to host a private event such as an elopement or an intimate wedding in Paris. In Fact, it has become a prime destination for elopement and destination wedding ceremonies in Paris. It is really a gorgeous site right in the middle of the city, and it is always a real pleasure to photograph a wedding on such historical location. Wedding planner “WeddingLight Events” planned Sofia and Bernd’s elopement so that they could enjoy the most beautiful day of their life in the city of love. 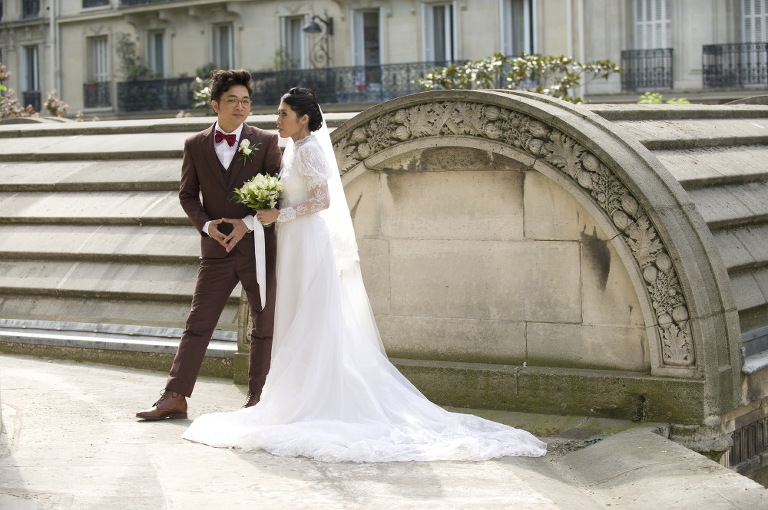 Sofia and Bernd had never been to Paris before and it was a real pleasure to spend the afternoon with this charming couple who flew all the way from Hong Honk to get married in France. We had a few hours after the ceremony to simply enjoy Paris.  The first stop of our photo tour was the eiffel tower followed by the marry go round which is conveniently located at its footsteps. Then we headed off to the Louvres, the bridges as well as place Vendome as well as the gardens of the Palais Royal before I left then at the Georges V restaurant for an unforgettable diner. I wish them both a lot of love and happiness in their married life together. It is such a pleasure to photograph clients elopement in Paris. The city is simply the perfect setting for an intimate wedding and the beginning of a long lasting married life. 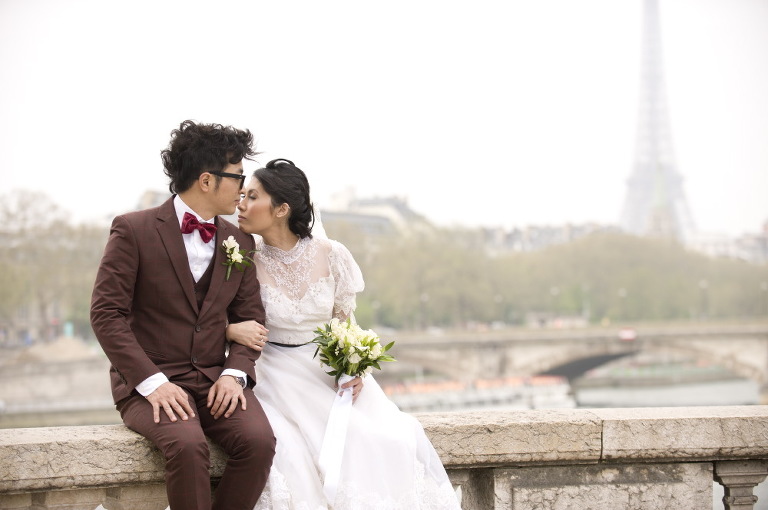 « Wedding – Photo of the weekEngagement photographer in Paris with WeddingLight »